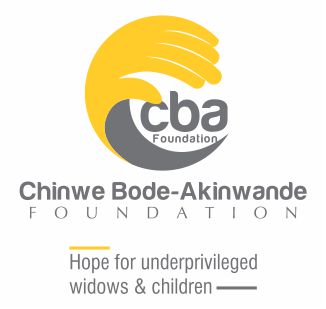 CBA Foundation, a Lagos-based Not for Profit organization, has announced that Walk4Hope, its yearly five-kilometer-long walk charity sensitization event will take-off at Eko Hotel & Suites, Victoria Island on Saturday, November 12, 2022.

Since January 2016, Walk4Hope has been the highlight of a series of activities embarked by the CBA Foundation to sensitise the public on the plight and challenges faced by the underprivileged widows and their vulnerable children.

CBA Foundation has since been a bedrock of support to thousands of widows and their children across the country as donations received from individuals and organisations have been used to sponsor the education of children, promote the enrolment of widows in skill acquisition endeavors, provision of accommodation for victims of extended family abuse and rejection – following the loss of the husband of the bereaved widow, amongst others.

Achieving its impacts on the society is driven by five core areas including Women empowerment/capacity building, health, nutrition, quality basic education and self-employment scheme. This year’s Walk4Hope is billed to have over 200 persons from various walks of life.

Speaking on behalf of the foundation, Chinwe Bode-Akinwande, founder, CBA Foundation said: “CBA Foundation was created with the sole purpose of working with others to overcome the obstacles that poverty, violence, dehumanization, injustice, disease and discrimination placed on a widow and her child’s path”. She further stressed that the foundation launched the #CareIsAction campaign in recognition of the fact that care without action is not care at all.

“Every step counts! Every step you take brings us closer to offering hope to underprivileged widows and their children, she says, adding that CBA Foundation is dedicated to promoting the protection of widows primarily and their vulnerable children in Nigeria, to promote immediate and lasting hope, confidence and courage in their lives.

Registration for the walk is open to all and will start at 7.00am while the walk kicks off at 7.15am at the Eko Hotel & Suites, Victoria Island, Lagos.

CBA Foundation is a registered humanitarian organization under the Corporate Affairs Commission of the Federal Republic of Nigeria. In 2015 to date, CBA Foundation has reached out to over 2,000 underprivileged widows and 100 children through Skill Acquisition training, Health Intervention, Business Start-Up, Clothing, Nutrition and tuition fees for the children.

Many widows are denied their rights, subjected to abuse and evicted from their homes because they lost their husband, no form of inheritance of property or land. Widows are forced into exploitative work to support themselves and their families. According to UN Women during the last International widows day – June 23, 2014 estimated 115 million widows currently live in poverty, and 81 million have suffered physical abuse, some from members of their own family. It has been observed by various studies that widowhood is an issue that affects more women than men.

Widows are more than victims; they are mothers, caregivers and heads of households. Widows of all ages and their children should be treated as full and equal citizens and their rights should be protected.

UN Women advocates for the empowerment of widows everywhere and supports this in Asia, Africa and Latin America. Part of our broader work in CBA Foundation is to set out to work in partnership with widows’ organizations so widows can live free of stigma and discrimination, with dignity, rights and economic independence, and have a voice in decisions that affect their lives in the household and the public sphere.

WHO WE WORK WITH:

Through the Walk4Hope, CBA Foundation calls for stronger action to end widespread discrimination against widows.

LCCI hails Dangote on the provision of infrastructure, job creation