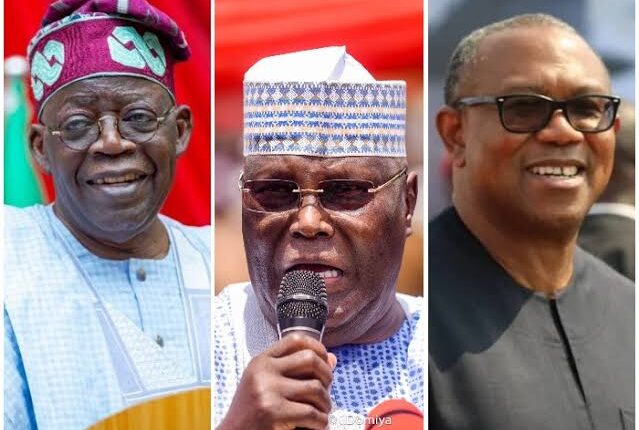 The All Progressives Congress APC Presidential Campaign Council has revealed that Asiwaju Bola Tinubu, the party’s nominee, is unconcerned with NOI surveys.

The NOI surveys were criticised, on Thursday, September 15, 2022 by the APC Presidential Campaign Council as being suspect; unrealistic, and contradictory in a statement by Mr. Bayo Onanuga, its Director of Media and Publicity.

Specifically, Onanuga made this observation in his analysis of the polls conducted by ANAP Foundation; dismissing its permutations of the presidential race.

Equally important, the council claims that the APC is putting in place mechanisms that would increase its margin of victory to the point where it will be difficult for the opposition to challenge it at the tribunal.

“Our party is putting every necessary machinery in motion to win the Federal elections with a margin that will be too wide to contest.

“Our candidate, Asiwaju Bola Ahmed Tinubu recorded the highest votes of a senator across the country under the Social Democratic Party in July 1992. He will do it on the nationwide scale on February 25, 2023”, the council boasted.

The results of the polls conducted by NOI Polls had placed Labour Party LP presidential candidate, Mr Peter Obi ahead of APC’s Tinubu.

The foregoing was disclosed in a statement by ANAP Foundation which announced the results of the poll.

“We are unperturbed by these dubious and unreliable statistics…Our research shows that NOI Polls have been off the mark at critical election periods in recent times.”

It noted for example that preparatory to the March 2015 presidential elections; NOI published in October 2014 the results of a “Viability Poll”. The poll used the concepts of Familiarity and Net Favourability Position to survey.

“In the results, NOI claimed that President Goodluck Jonathan has the best overall familiarity rating at 99% and Net Favourability Probability of ±25.

“By contrast, NOI dismissed the then All Progressives Congress candidate; Muhammadu Buhari as a ‘borderline candidate’ who needed ‘huge public relations’ to shore up his performance.

“But when the Nigerian people went to the polls, who won? The APC candidate and now President, Muhammadu Buhari.

“This is not the only instance when the NOI has turned its political bias in an election period to fraudulent statistics,” the council stated.