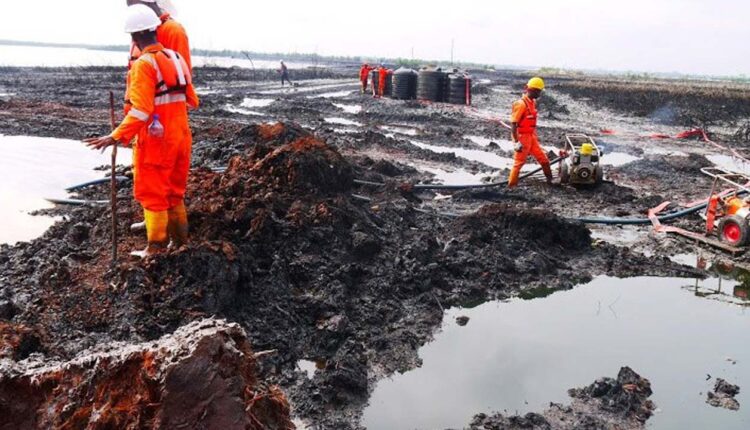 The National Assembly Joint Panel on host communities on Tuesday summoned Minister of Environment, Mohammed Abdullahi and the Management of Hydrocarbon Pollution Remediation Project over failure to clean up Ogoni land despite payment of $1 billion for the project

The Ogoni clean-up, backed by the United Nations Environment Programme, was flagged off in June 2016 by Vice President Yemi Osinbajo, with fanfare and so much enthusiasm from both the Nigerian authorities and the people in the Niger Delta.

However, the minister and officials of the Ministry of Environment refused to show up at the panel.

The Chairman of the National Assembly Joint Panel, Degi Eremienyo, who said he was grossly disappointed, added that they had a lot to hide about the clean-up and were concealing information.

He said the ministry had been invited three times to brief the National Assembly members but the officials and the minister had refused to show up.

Eremienyo said, “I express my displeasure totally, frown at the attitude of the minister and also the project coordinator in demonstrating constant disrespect, disregard for the institution of the parliament because like I said, this is not the first invitation.

“We have invited them about three times and they have evaded engagement with the parliament. For me, it is an appearance of concealment of information to us, to incapacitate us to go for effective discharge of our duties as a parliament to oversight the activities of HYPREP.

“It also shows the appearance of incompetence, bad governance, insensitivity. We will not take this from the executive. Particularly with the ministry of environment that is saddled with the responsibility of overseeing the activities of running the affairs of HYPREP.”

The lawmaker added, “We commend the Federal Government for conceptualizing this idea as a follow-up to the UN report on the cleanup of Ogoniland, and of course, the story of degradation and pollution of the Niger Delta is an old story for it is always fresh. It is always fresh because the situation and experience continue unabated in the Niger Delta. It is very unfortunate.

“This project is very important to the people of the Niger Delta, it is a pilot project that is supposed to be replicated in the other part of the Niger Delta but apparently it is not working the way it is expected to work. It is on that note that I, as the chairman of the committee also give my endorsement and support to the motion that the minister and of course the project coordinator and the management team of the project should be summoned to appear before this joint committee.”

“This project is very important to the people of the Niger Delta, it is a pilot project that is supposed to be replicated in other parts of the Niger Delta region but apparently it is not working the way it is expected to work,” he added.