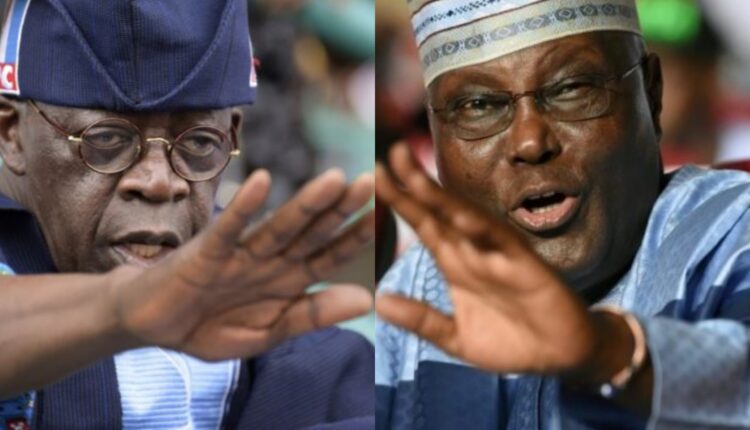 The Peoples Democratic Party says Bola Tinubu, the presidential flagbearer of the All Progressives Congress (APC), is no match for Atiku Abubakar, PDP’s candidate.

Tinubu had, on Wednesday, won the APC pesidential primary after he polled 1,271 votes to defeat his closest rival, Rotimi Amaechi, who scored 316 votes.

In a statement after the former Lagos governor was declared candidate of the APC, the PDP said Tinubu has embarked on “a journey to nowhere”.

“The Peoples Democratic Party (PDP) mocks Asiwaju Bola Ahmed Tinubu for clinching at very great price, the Presidential ticket of the moribund, decrepit and crippled All Progressives Congress (APC), which has since served out its purpose as a fraudulent contraption that brought in the failed, corrupt and rudderless administration of President Muhammadu Buhari,” the statement reads.

“Our Party also sympathises with Asiwaju for embarking on a journey to nowhere as he is no match for PDP’s more popular, more competent and more prepared presidential candidate, His Excellency, Atiku Abubakar, the unifier, and the people’s choice, who defeated President Buhari fair and square in the 2019 Presidential election.

APC Presidential Primary: I leave you to lick your wounds…

“Asiwaju will soon realise that Nigeria is not one of his acquired estates or fiefdoms and that the Nigerian people are not his political string-puppets and retinue of lackeys, from whom he bought the APC Presidential ticket.”

The PDP added that Tinubu’s acceptance speech showed his lack of capacity, and that he does not have the interest of Nigerians at heart.

“His acceptance speech further exposed his manifest lack of capacity, presence of mind, resourcefulness and selflessness to manage the affairs of a nation as complex as Nigeria,” the party said.

“From Asiwaju’s egotistic outbursts before and after the APC manipulative national convention, it is crystal clear that his life-long dream of clinching the APC Presidential ticket is not for the wellbeing of Nigerians but out of desperation to lay hands on the keys to the nation’s treasury.

“Asiwaju has insulted the sensibilities of Nigerians enough and this APC National Convention will be his final political outing. This is because Nigerians have had enough and are now, more than ever before, ready and out on the platform of the PDP to defend our nation and reject Asiwaju Ahmed Bola Tinubu in the 2023 Presidential election.

“The Nigerian politics is far more complex and what Nigerians need now is a unifier in the face of the pain and discomfort inflicted on them by Bola Ahmed Tinubu, his live band of APC looters and mean human beings. He needs to know that Nigeria is not Lagos!”