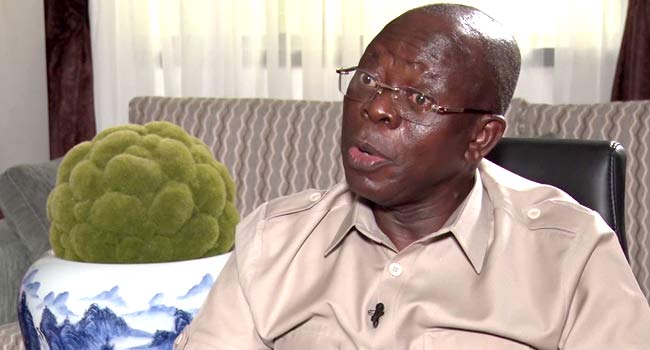 Adams Oshiomhole, former governor of Edo, has declared his intention to contest the 2023 presidential election on the platform of the All Progressives Congress (APC).

Oshiomhole declared his bid at an event in Abuja on Wednesday.

“I have come here this afternoon for one purpose to formally declare that I, Adams Oshiomhole, hereby declare with confidence my desire to contest for the office of the president of the Federal Republic of Nigeria on the platform of a party that we co-founded — All Progressives Congress (APC),” he said.

“I think the challenges we face today are very clear to me. Having being president of the Nigeria Labour Congress for eight years through a democratic process and I had the opportunity to speak truth to power and to engage power.

“I believe many of you who are of my age or 40 years and a little less than that will have memories of those days, we spoke truth to power about policies whether they were economic policies, social policies, healthcare policies among others.”

With his declaration, Oshiomhole joins the growing list of presidential hopefuls in the ruling party.