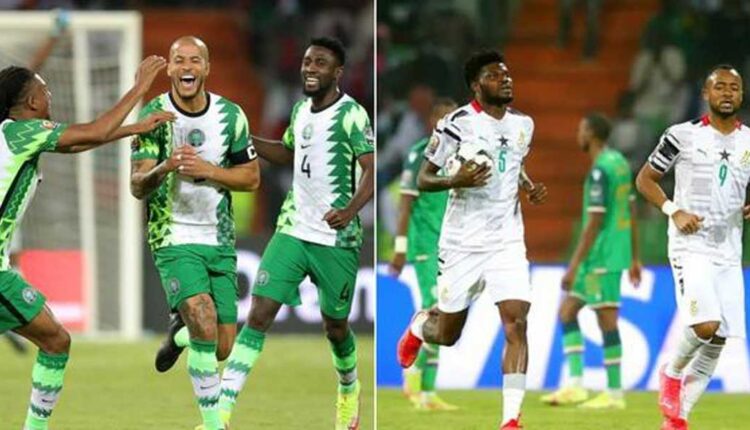 The Black Stars of Ghana have qualified for the 2022 FIFA World Cup after playing a 1-1 draw with Nigeria at the Moshood Abiola Stadium in Abuja on Tuesday night.

The Black Stars booked their ticket based on the away goal rule. This was after both teams played a goalless draw in the first leg at the Baba Yara Stadium in Kumasi last Friday.

In the uninspiring encounter, Gideon Mensah accounted for an early block to deny a cross from Emmanuel Dennis.

Ghana then went on the counter-attack but Fatawu Issahaku failed to find Mohammed Kudus with his pass.

A few minutes later, the Black Stars silenced the Super Eagles with the opener through Thomas Partey.

Victor Osimhen had a chance to score but his effort sailed wide as Nigeria pushed for the equaliser.

The Super Eagles would later earn a spot-kick after a VAR review showed an infringement against Ademola Lookman in the box.

Watford defender William Troost-Ekong stepped up to score from the penalty spot.

A few minutes later, Victor Osimhen thought he had put his team in the lead but the goal was ruled out as offside.

In the 54th minute, Dennis missed a chance to score while Osimhen missed the post by a whisker with a bicycle kick three minutes later.

Nigeria pressed forward for the much-needed winner in the final 10 minutes as Osimhen volleyed Kelechi Iheanacho’s flick to the far post.

Winger Moses Simon also couldn’t wrap his foot around the ball from a late free-kick.

Ghana have now earned one of the five tickets for African representatives at the World Cup billed for Qatar later this year.

AFCON 2021: 5 firecracker group stage fixtures you must not miss