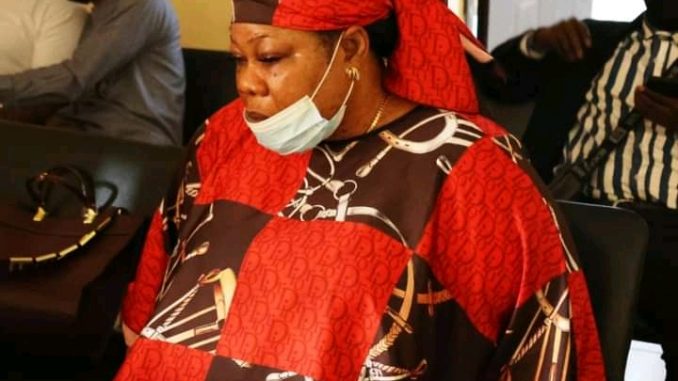 The trial of Ngozi Olejeme, former chairperson of the Nigeria Social Insurance Trust Fund (NSITF), was stalled on Monday owing to the absence of the defendant.

According to a statement by the Economic and Financial Crimes Commission (EFCC), Paul Erokoro, counsel to Olejeme, told the court that the former NSITF boss slumped at 6:30am on Monday.

Erokoro added that the defendant was subsequently rushed to the Federal Medical Centre, Abuja.

The former NSITF boss was arraigned on a nine-count charge bordering on alleged diversion of public funds and money laundering to the tune of N69 billion before Maryam Hassan Aliyu, the presiding judge

She had pleaded not guilty to the charges levelled against her.

In July 2020, a federal high court sitting in Abuja had ordered the interim forfeiture of 48 properties allegedly owned by Olejeme.

At the continuation of Olejeme’s trial on Monday, counsel to the former NSITF boss presented a letter informing the court about the development on his client’s health, and prayed for an adjournment.

Erokoro added that he could not present a medical report as the hospital was still reviewing her case.

Responding, Steve Odiase, the prosecution counsel, did not oppose the application for adjournment.

“My lord, they served us with a letter seeking for an adjournment based on the defendant’s ill health, and being the defendant’s first time absenting herself in the court and for the interest of justice, we are not opposing their application seeking adjournment,” Odiase was quoted as saying.

“Meanwhile, for record purposes, we came prepared with five witnesses in court, and all of them stood up for recognition.”

The matter was thereafter adjourned till April 13 for continuation of trial.