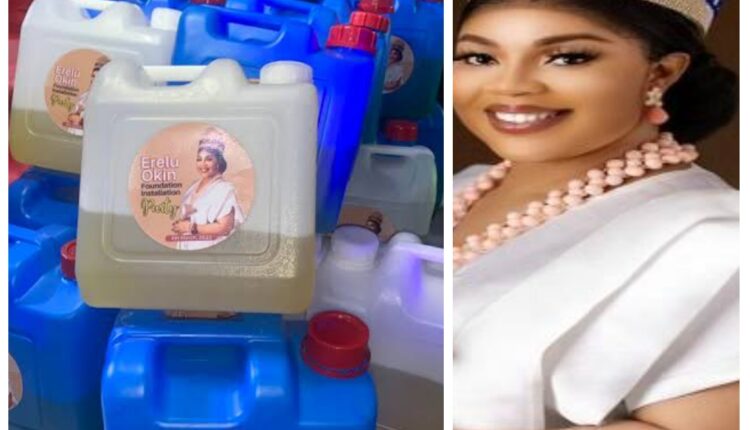 Chidinma Ogbulu, the Lagos socialite who shared fuel as souvenir during her installation as Erelu Okin, has been sentenced to jail by a Lagos State Special Offences (Mobile) Court sitting at Oshodi.

Chief Magistrate Kehinde Ogundare convicted and sentenced the socialite following her guilty plea on Thursday, and evidence by the prosecution.

Ogundare held that prosecution proved its case against the socialite beyond any reasonable doubt, a statement from the Lagos State Ministry of Justice said on Friday.

The socialite was first arraigned on March 14 for distributing petrol as a souvenir during her installation party on March 5 at Havillah Event Centre in Lagos State.

She pleaded not guilty then but changed her plea to guilty on Thursday when the case came up for hearing.

The chief magistrate sentenced the socialite to one-year imprisonment or N500,000 fine on the third count.