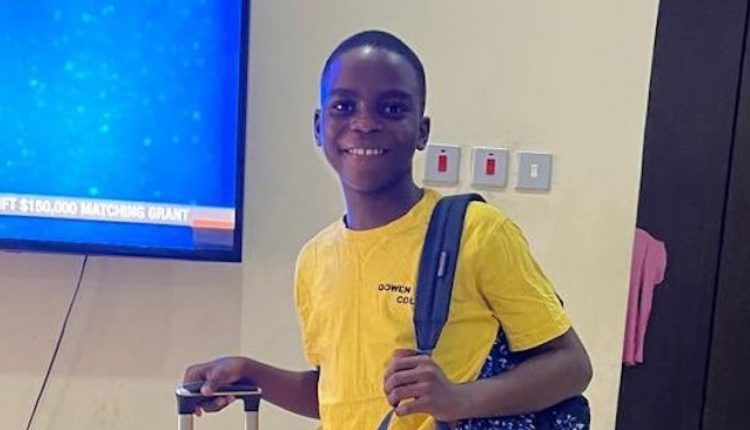 A Chief Superintendent of Police, CSP Bamidele Olusegun has told a Coroner magistrate presided by Mikhail Kadiri that staff of Dowen college were indicted in the first legal advice issued by the Director of Public Prosecutions (DPP) in the ongoing case of late Sylvester Oromoni Jnr.

The CSP, however, said he couldn’t recall if any witness he interrogated during his investigations told him that the deceased was injured on the 14th of November 2021.

CSP Olusegun, who said he was serving with in the homicide section of the Lagos State Criminal Investigation and Intelligence Department (SCIID), Panti section in 2021 made this disclosure while being cross-examined by Mr. Femi Falana, SAN in the ongoing inquest into the controversial death of 12-year-old student of the Dowen College student, Sylvester Oromoni Jnr.

The Police witness told the court that he received a report from the DPP dated December 30, 2021 which was called interim legal advice recommended that the staff and the should be prosecuted for alleged negligence.

The witness also told the senior lawyer that he received another legal advice dated January 4. He said: “We sent one dated December 23, this was the last report we sent.

When the witness was showed a protest letter written to the Chief Judge of Lagos State by the Police, on the development of the investigation, the witness identified the letter.

A portion of the letter that was read by the witness in the court stated that: “It came as a rude shock that the investigation was not allowed to be carried out”.

He also said the suspects were not brought back to the station for the conclusion of the investigation.

Olusegun also said: “During investigation, one of the suspects informed me that the deceased was bullied. Another one also told me that he was taken to the third floor to be tortured”.

The witness also affirmed that the deceased sister told her that he was also bullied sometimes in October and that the boy who allegedly bullied him was not punished for the act.

“She also confirmed to me that they bullied his brother because they wanted him to described her private parts.
“I wouldn’t know if the deceased was taken to the sick bay in October when he was bullied”.

He also confirmed that a female parent of the school also reported a case of bully against her son by some students at Maroko police station.

He, however, said he could only speak to Benjamin Favour because the school was under lock during his investigation.

Narrating his involvement in the investigation, the police witness also said: “On 3rd of December, a petition forwarded to my office was assigned to me and the school was already closed down then.

“On 6th December, we were at Maroko police station, where we met the Principal, and the suspect. We took them down to Panti and obtained statements from the accused and the other management staff.

“We proceeded to a Yaba Magistrate’s court to get a remand order and the house masters was detained with us while the children were remanded at Oregun correctional home.

“The deceased father’s statement was taken on 9th of December while the Lagos State Attorney General and the Lagos State Commissioner for Education were put on the phone during the interview with the parties.

“I recollect that I went to Warri to bring the corpse to Lagos and I had an interaction with the doctor, the consultant pathologists.

“We arrived in Lagos January 13 with the corpse of the deceased while the autopsy was performed the next day before then, letters were dispatched to the parties asking them to be in attendance or send representative during the autopsy. I later proceeded to Abuja to speak with one of the witnesses.

” I also recollect that we visited the school on fact-findings and it was opened to us. I remember that the doctor at the school hospital, Dr. Moji confirmed that she attended to the deceased between December 21st and 22nd.

“She confirmed to me that she asked the nurse to massage the deceased legs and that paracetamol was also administered on him.”