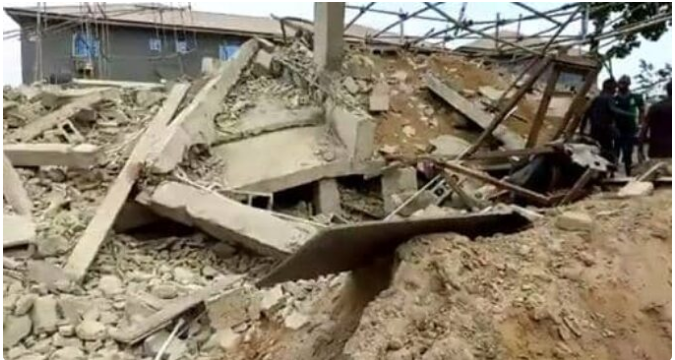 At least five construction workers are reportedly trapped under the rubble of a three-storey building which collapsed in Yaba, Lagos, on Saturday.

An official of the Lagos State Emergency Management Agency (LASEMA), who didn’t want to be named, confirmed the development.

The LASEMA official said rescue efforts are ongoing at the site of the incident, which is located at Akanbi street, a short distance away from the University of Lagos (UNILAG) main gate.

The agency’s response team, paramedics, operatives of the Nigeria Police Force (NPF) and officials from the Lagos fire service are presently at the scene of the incident for rescue operations.

“Upon arrival of LASEMA response team at the incident scene, a three-storey building under construction was discovered to have collapsed,” the official said.

“Further investigation revealed that the construction workers numbering about five were on site when the structure came down and are still trapped underneath.”

An eyewitness also said a part of the building had collapsed in 2021, but that construction had continued.