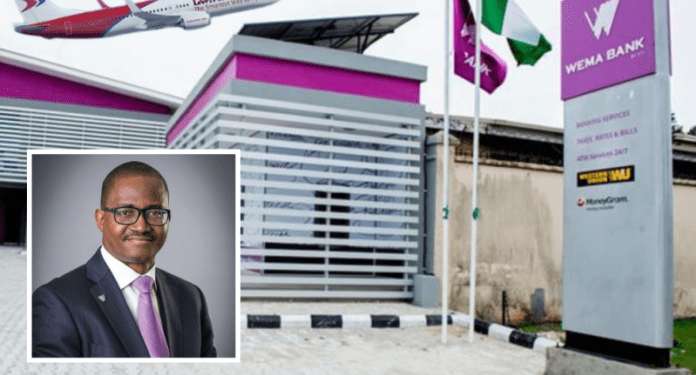 Businessman Isaac Adewole and banker Kingsley Ananwede have been arraigned in the Ikeja Chief Magistrates’ Court for N1.7 billion fraud and money laundering.

The defendants are facing trial on a four-count charge of conspiracy, money laundering, concealing or failing to report felonies and resisting public officers.

The defendants, however, pleaded not guilty.
Prosecutor Lucky Ihiehie told the court that the defendants laundered more than N1.7 billion and concealed fraudulent activities.

He added that the second defendant, who worked with the bank, concealed the alleged fraud and money laundering.

The prosecutor further mentioned that Mr Adewole and others at large resisted and obstructed police detectives attached to Area ‘G’ police command during an investigation.

“Adewole stopped the police from carrying out a detailed investigation into fraudulent and money laundering activities involving Shibahwells Energy Ltd., which belongs to him, and Wema Bank,” the cop told the court.

The prosecutor submitted that Mr Adewole had, between January 28, 2021, and July 18, 2021, through Shibahwells Energy Ltd. with account number 0122367964 domiciled with Wema Bank Plc, fraudulently received transactions on different dates.

The Chief Magistrate, A.O. Layinka, admitted the defendants to bail of N10 million each and two sureties each in like sum.

She adjourned the case until March 15 for a hearing.
(NAN)

Adulterated fuel: Why NNPC GMD should not be taken seriously