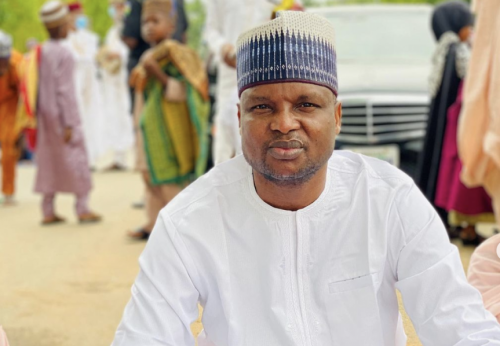 A warrant of arrest has been issued for Nigeria’s police commissioner Abba Kyari, an online news medium, Peoples Gazette is reporting.

Otis Wright of the United States District Court for the Central District of California ordered the Federal Bureau of Investigation (FBI) to track down Mr Kyari and produce him in the United States for his role in a multi-million dollar fraud perpetrated by Ramon ‘Hushpuppi’ Abbas, a notorious Nigerian fraudster.

Mr Abbas was arrested in Dubai last June and he pleaded guilty to fraud in the U.S. this week. The FBI said Messrs Abbas and Kyari have been friends and were both involved in a conspiracy to launder money.

Mr Kyari was also indicted of receiving bribes from Mr Abbas to arrest a member of the syndicate in Nigeria.

American prosecutors first sought a court warrant to arrest Mr Kyari on February 12, 2021, according to court documents seen by The Gazette. Another warrant was requested on April 29, 2021.

Judge Wright’s permission for the FBI to arrest Mr Kyari and hold him in U.S. custody was unsealed on July 26.

But in reaction on Thursday morning, Kyari said he never demanded money from Hushpuppi, while stressing that “my hands are clean”.

Although he admitted to knowing about the money-related dispute, the DCP disclosed that it was on the basis of the call that Vincent was arrested.

Kyari also denied that Vincent was ever jailed, adding that he was instead released on bail.

“Abbas who we later came to know as Hushpuppi called our office about 2years ago that somebody in Nigeria Seriously threatened to kill his Family here in Nigeria and he sent the person’s Phone number and pleaded we take action before the Person attacks his family,” he wrote on Instagram.

“We traced and arrested the Suspect and after investigations, we discovered there wasn’t an actual threat to anyone’s life And they are long-time friends who have money issues between them hence we released the Suspect on bail to go and he was not taken to any jail.

“Nobody demanded for a kobo from Abbas Hushpuppi. Our focus was to Save people’s lives that were purported to have been threatened.

“Nobody demanded any money from Abbas Hushpuppi and nobody collected any money from him. We responded to a distress call he made on threat to his family and released the Suspect when we discovered there was no life threat from the Suspect. This is the true story. Vincent is alive, he can be contacted.

“For those who are celebrating that this is an indictment on us and mentioning some fictitious Big Money, They will be disappointed once again as our hands are clean and our record of Service for 2 decades is open for everybody to See. They will continue seeing us serving our father land and we will Continue responding to ALL distress Calls from ALL Nigerians provided they are life-threatening.”

Hushpuppi, whose real name is Ramon Abbas, was arrested in the UAE in June 2020 alongside 11 of his associates over allegations bordering on hacking, impersonation, scamming, banking fraud, and identity theft.

His extradition to the US had followed after the UAE police detailed his arrest in a special operation dubbed ‘Fox Hunt 2’ where he was accused of defrauding 1.9 million victims to the tune of N168 billion.

Hushpuppi was thereafter arraigned and detained at the Metropolitan Correctional Center (MCC) in Chicago ahead of his trial.

Decision by FG to stop sale of FX to BDCs may worsen naira value, says Mailafia