Onaiyekan to Buhari: Act now or Bandits will take over Nigeria 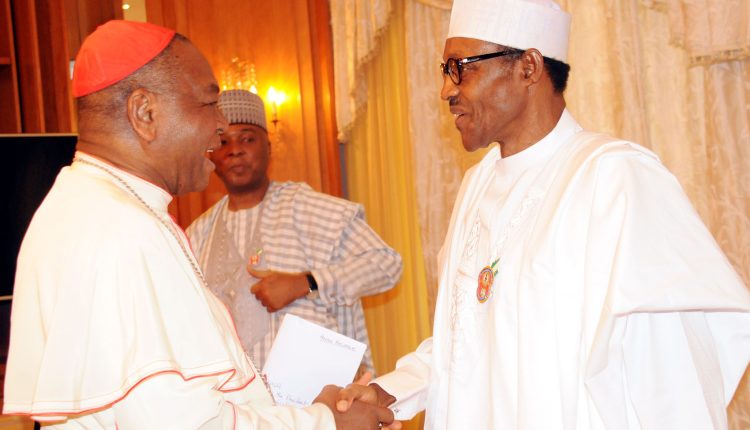 John Onaiyekan, former Catholic archbishop of Abuja, has criticised the approach of dialoguing with bandits.

The cleric warned that there is “a large gang of criminals that are almost taking over our country” as a result of the government’s failure to address insecurity.

He was speaking on recent happenings in parts of the country, particularly in Niger where bandits abducted dozens of children from a school during an attack on Wednesday.

The incident is the latest in a series of attacks against schools, travellers and villagers in northern parts of the country.

In some cases, dialogue is employed to secure the release of hostages, sometimes through the help of prominent persons such as Ahmad Gumi, an Islamic cleric who has met with bandits on several occasions.

Speaking after an ordination ceremony in Minna, Niger state capital, on Saturday, Onaiyekan warned that the government will soon be overpowered if it does not take stringent actions to end the banditry.

He said: “We should not be living in a country where you are always with your heart in your mouth when you are moving from one place to another; where children cannot study in peace in their schools and where bandits — whatever you call them — come from nowhere and cart away 20, 30 children and their teachers into the bush and sit somewhere and boast, calling for dialogue.

“And even government agencies talking about reaching out. It is not the right thing to do. It is about time we have a government that takes care of its people.

“If the government cannot secure the lives of the people, they should call for a kind of national cohesion. They should stop pretending that they are the ones ruling. In some countries when these incidents happen, it gets to a stage where the government will call for national unity where everyone comes on board to proffer solutions.

“If the government continues this way, it will get to a stage where non-state actors will take over.”

He also criticised “people who claim to be our leaders” who, during elections, “forced us, begged us and cajoled us to put them in power”.

“Now that they are in power, do your work for goodness sake,” he added.

Our ex-governors to woo new members to PDP —Saraki