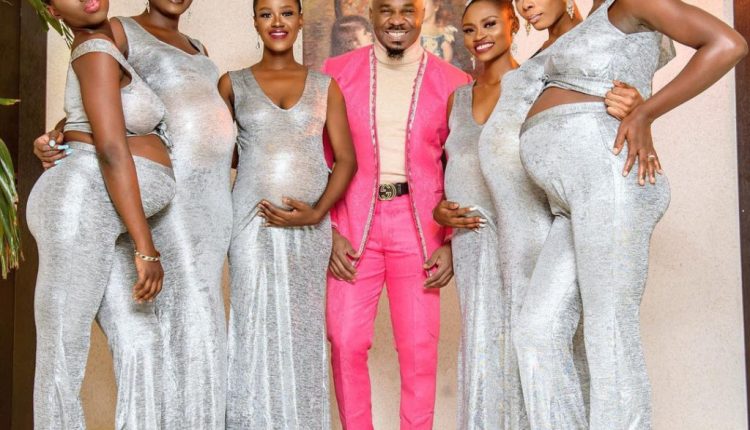 Pretty Mike, a socialite, surprised many when he stormed the wedding of Williams Uchemba, an actor, and Brunella Oscar with an entourage of six heavily pregnant women.

Uchemba tied the knot with his lover at the Dominion City Church in the Lekki Phase 1 area of Lagos state on Saturday.

But Mike became the subject of heated discussion after he was seen at the event with a squad of pregnant women.

The Lagos nightclub owner, whose real name is Mike Eze-Nwalie Nwogu, took to his Instagram page to confirm he attended Uchemba’s wedding.

GOtv Nigeria: For the love of local entertainment

In a video clip on his page, he could be seen welcoming the women he referred to as his “6 baby mothers to be” with warm embrace and smiles etched on his face.

He also shared a loved-up photo of himself and the women at the event.

“Lagos zaddy live #williamsgottheoscar PM and his 6 Baby Mothers to be…. no film trick, we are just living our best life,” he wrote in a post accompanying the photo.

Mike made the headlines in February when he claimed that a beautiful lady is not meant for only one man.

“I don’t know who needs to hear this but a beautiful lady isn’t meant for only one man. So, to keep one to yourself in this Lagos, you must be capable of doing what Eleven men can do,” he had said.

Atiku to Buhari: We could have avoided this recession if…

GOtv Nigeria: For the love of local entertainment