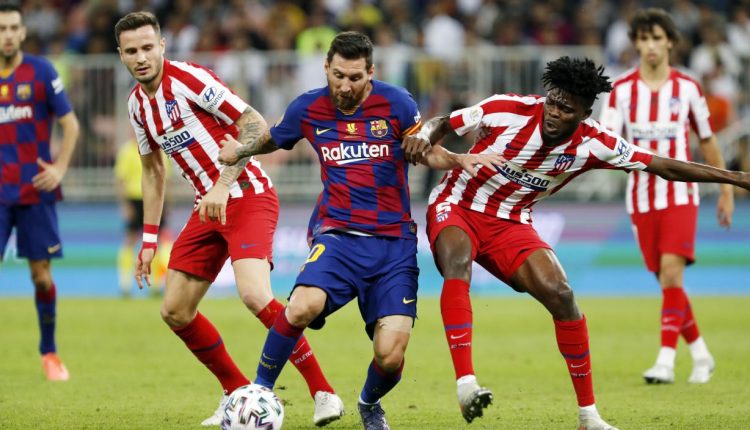 The last time neither of the two giants of Spanish football, Barcelona and Real Madrid, were not leading after the ninth matchday was in 2006, when Sevilla topped the table by one point from Barcelona, with Real fourth.

Real Madrid are fourth – four points behind Real Sociedad, albeit with a game in hand, while Barcelona are eighth – nine points behind the leaders, but having played two games less.

And on Saturday both Barcelona and Real Madrid will have their mettle tested as they travel to Atlético Madrid and Villarreal respectively.

The games will be broadcast live on StarTimes football channels. StarTimes subscribers can share La Liga moments live with their loved ones by linking their decoder smartcard number to StarTimes-ON mobile app on up to three mobile devices; this enables them to stream all StarTimes content on their mobile devices at no extra cost. Also, non-subscribers can stream all sports content live on StarTimes-ON app as low as N400 weekly, with an option to subscribe with their MTN airtime.

Euro 2020: Kroos, Ronaldo, Mbappé Face Each Other in Group…

Rohr picks Musa, Ekong, 22 others for Cameroon duel in…

For Barcelona coach, Ronald Koeman, the task of taking Barça back to the heights their fans expect was not made any easier when teenaged superstar Ansu Fati injured his knee in their last match against Real Betis.

The 18-year-old needed an operation and will be out for four months.

Meanwhile, the match between Atlético and Barça will be a special one for Uruguay striker Luis Suárez, who was told by Koeman at the start of the season, that he could find a new club.

The striker joined Atlético and has not looked back, telling Spanish journalists: “I felt sad and hurt by the way I left Barcelona, but now I feel proud. When I was not wanted, I found somewhere I was. I’ve found happiness.”

No doubt he will be even happier if he can help his new team-mates to a victory against his former team-mates.

For Real Madrid captain Sergio Ramos the match against Villarreal will provide an opportunity to put aside the disappointment of having missed two penalties in Spain’s UEFA Nations League match against Switzerland.

Euro 2020: Kroos, Ronaldo, Mbappé Face Each Other in Group of Death

Rohr picks Musa, Ekong, 22 others for Cameroon duel in Vienna