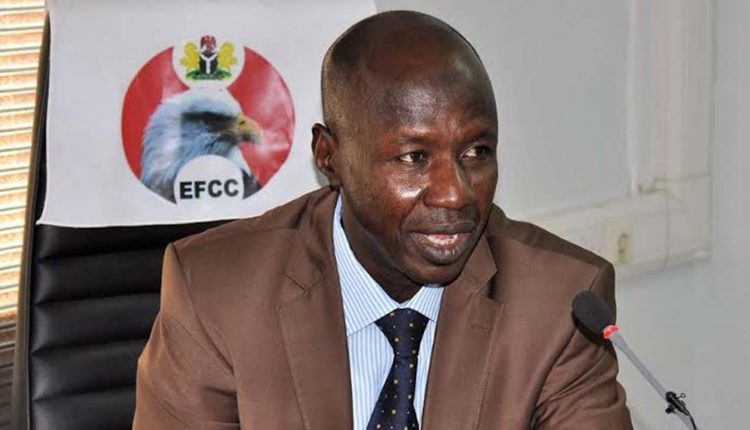 The Action Democratic Party has asked the President, Major General Muhammad Buhari (Retd.), to order the probe of some of his appointees as well as leaders of the ruling All Progressives Congress especially those accused of various forms of malfeasance.

National Chairman of the ADP, Yabagi Sani, made this appeal on behalf of the party at a media briefing, in Abuja, on Wednesday.

This is as the Justice Ayo Salami-led presidential panel investigating the suspended acting Chairman of the Economic and Financial Crimes Commission, Ibrahim Magu, continued sitting on Wednesday.

Atiku reacts to death of former US Ambassador, Walter…

On the ongoing probe of Magu, the ADP national chairman said, “We observe with excitement what is happening in EFCC because the suspended acting chairman is being investigated.

“We call for a thorough investigation of more people in the ruling party and some of the appointees in the administration. It is not only Magu that should be investigated. We want the government to go a step further by investigating some known APC leaders who have been indicted for corruption at different levels.”

Sani also denied reports that some members of the ADP defected to the Peoples Democratic Party ahead of the September 19 governorship election in Edo State.

He said, “We are ready in Edo State and all our structures are intact. We implore Nigerians to disregard some political jobbers who are not registered with our party but claimed to have defected to the PDP. These charlatans are never members of our great party ab initio.”

Atiku reacts to death of former US Ambassador, Walter Carrington