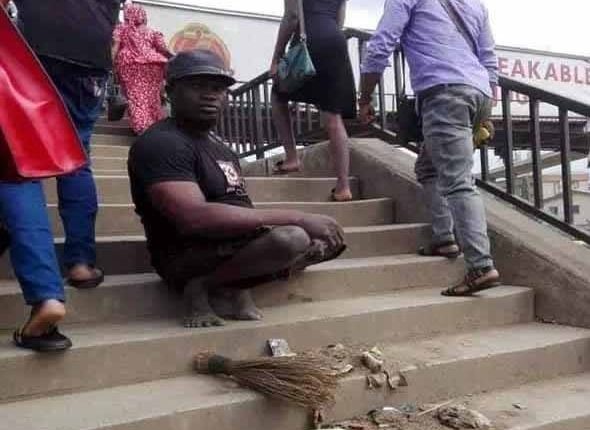 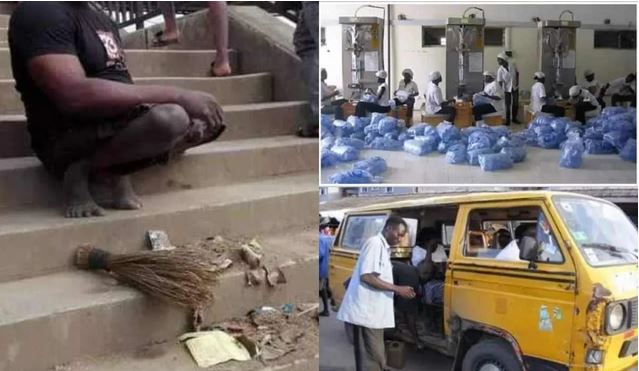 Alhaji Umar Dikko is the Sarkin Maroka (King of Beggars) in the Ajegunle area of Lagos state is referred to as one of the richest beggar in Nigeria who has four wives and 18 children to boast of, a thriving transportation business, a sachet water factory and five houses he built in his home state of Kano.

Dikko achieved these things through the proceeds of begging over the years. He has also been able to undertake the Muslim pilgrimage to Mecca on three occasions, hence the appellate of Alhaji attached to his name.

Here is the story he shared about himself below.

‘I became crippled when I was three-years-old due to polio. My father had other children and did not care that much for me,” he began.

“The burden of taking care of me fell on my mother who had seven other children to take care of. By the time I was six, it was apparent that I had to look for a means to take care of myself as my parents practically abandoned me.


One of my elder brothers would take me to the markets to beg for alms and we would give the proceeds to our mother to buy what we needed to eat.


When I was 15-years-old, I decided to come to Lagos to fend for myself. When I arrived Lagos, I linked up with some Hausa beggars who lived in Agege and we would go out in the morning to beg for alms from Nigerians.


But one thing I noticed was that the man who accommodated us would always collect whatever money we made in the day and only gave us stipends to feed with.


After spending three years with the man, I moved to Ajegunle where I met one of my town’s man and he became my guide.

He would push me around the area and at the end of the day, I would give him some percentage of the money we made.

I began to save my money and after two years, I was able to buy a second hand bus which I gave to someone to use for commercial purposes.


Sometime later, I went to Kano and built a house which I rented out to people. But I did not stop begging as I now saw it as a lucrative business. After my first house, I built four other houses with three of them given out for rent while the other two are for my family.


I later got married to my first wife who helped me in managing my business. Over the years, I have expanded my transport business and two years ago, I set up my sachet water business which is also doing very well.

I have also gone on Hajj about three times. I have four wives and 18 children who are doing very well because I am taking good care of them all.

They are not ashamed that their father and husband is a beggar because they know it was from the proceeds of begging that they are enjoying today.I was made the Sarkin Maroka (King of Beggars) of Ajegunle five years ago and my major duty is to mediate over the affairs of beggars in the area, settle their disputes and also look after their welfare.


I have stopped active begging but my members often pay me homage and pay some allegiance to me in terms of money, gifts and other items.

I am not saying that begging is a good profession but when you do not have the means of taking care of yourself, instead of stealing, you have to use what you have to get what you want.