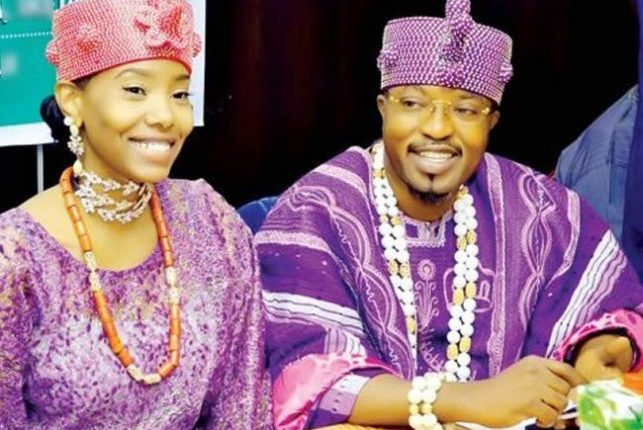 The Oluwo of Iwo Abdulrasheed Adewale Akanbi has accused his ex-wife Chanel Chin of trying to kill him with a poison she was given by Chief Abiodun Ogundokun.

Oluwo in the last days of 2019 released a statement announcing the collapsed of his marriage with Channel Chin and warned the public from transacting any business that has to do with the crown with the former queen.

Oba Akanbi asserted the attempt to take his life transpired at the time he was estranged with Ogundokun.

The Iwo King made the allegation against Ogundokun during a peace meeting staged by Governor of Osun State, Gboyega Oyetola.

It was gathered that Ogundokun passionately denied the allegation and a heated confrontation ensued between him and the Iwo King at the peace meeting.

Governor Oyetola – and others present – claimed the nerves of the two adversaries and reconciled the king and his estranged chief.

The peace meeting reportedly held at the Osun State Government House Osogbo according to details available in a report in CityMirror news shared by Ogundokun on his Facebook page.

The information we learned revealed that Ogundokun helped Akanbi to the throne but the duo fell out over how to conduct the affairs of the Iwo.

How FPTB student was murdered by Jealous boyfriend