UNILAG rape saga: What happened in court on Tuesday 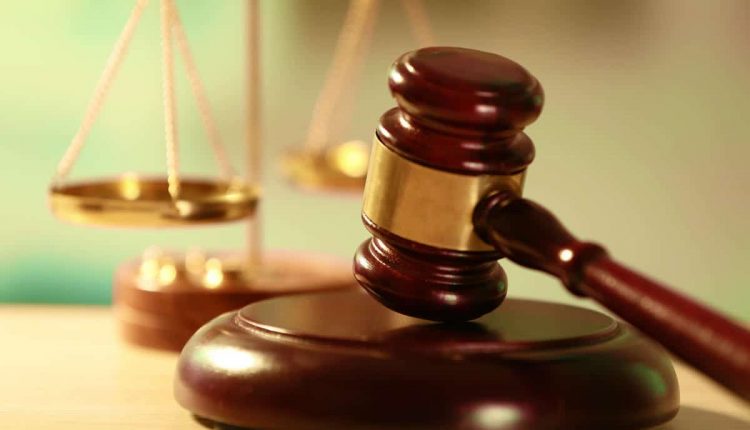 Defence in the case of a University of Lagos student, Chuka Chukwu, 19, accused of serially gang-raping a fellow student (name withheld), on Tuesday said that the alleged victim was not naive as she claimed.

The News Agency of Nigeria (NAN) reports that Chukwu’s counsel, Mrs Abimbola Akeredolu (SAN), made the submission while cross-examining the alleged victim.

NAN reports that Chukwu was charged along with four other students of the university.

While cross-examining the complainant who said she is an entertainer, the SAN said that she was not a “naive 17-year-old” student as she claimed in court.

Questioning her social life, Akeredolu inquired whether she had been to Oceanwaves or Eclipse nightclubs.

Responding, the student who is now 20-year-old, said, “I sang at the 2019 Felabration some months ago and I performed at the event of the musician Ycee in August 2019.”

She said that she had been an entertainer half of her life but had not been to Oceanwaves or Eclipse Nightclubs though she had heard of Oceanwaves Nightclub.

Countering the student’s submission, Akeredolu said that in 2017, she launched a music track which was the period she claimed she was seventeen and naive.

Akeredolu proceeded to read aloud some of the lyrics of the song.

Some of the excerpts of the song read aloud in court are: “I feel so lonely, so paralysed, got no guy to call my own, so when I saw the look in your eyes, I couldn’t help to fantasize.

“I feel somebody coming home, meaningful love with depth and potential is what I need all the time.

“Just want you to be mine, so grab on my waist, let’s bust up the place. Anything that you do is fine, that’s why there is no need to be shy…”

After reading aloud the lyrics, Akeredolu said that they were not written by a naive person.

After the complainant identified herself, the photographs were admitted by the court for identification purposes.

Earlier, while being cross-examined by Mr Adebisi Ademuwagun, counsel to Omowole (first defendant), the complainant said that the first time she met Omowole was when he participated in gang-raping her.

“I got to meet him (Omowole) for the first time when he was part of the people that raped me in January 2017. He collected my telephone number by force.

“I got to see him subsequently at the Unilag Sports Center. Due to the nature of the blackmail, I had to cover up and maintain a friendship with him so that people will not know what was going on; so, I visited him at the sports center.

“I was 17 years old and very naive, I was scared of my dad, he is a disciplinarian and I was scared that he was going to overreact and I will get into a lot of trouble.

“Rumours were going around school, and it was someone, who got to know me and confronted me about the rumours, that reported to the school authorities,” he said.

The alleged victim testified that the person who reported to the school authorities was not her boyfriend.

“He initially wanted to get cultists or people to beat them up but I told him, “No, I am not that kind of person”, and he eventually reported the matter to the police,” she said.

Ademuwagun told the complainant that Omowole never had sexual intercourse with her and that the police never took her and Omowole for medical examination.

“That is not true; he admitted having sex with me in front of the school counsellor, the police took me and the first defendant to the Office of the Dean Students Affairs.

“We then went to the medical centre but it had been a long time since the incident occurred. I still went to the Mirabel Center for my own medical report,” the complainant responded.

While being cross-examined by Mr O. C. Aibangbee, counsel to Nwankama, the third defendant and the complainant’s former roommate, the complainant said that Nwankama and Yinka Adegboyega now at large, lured her to be gang-raped.

“If Peace (Nwankama) had not called me that day, I would have not known High Rise or met Yinka or James or any of the other defendants.

“Peace introduced me to Yinka; that is why I trusted her to speak to him when he and Peace told me to come to High Rise to hang out,” she said.

The complainant, however, told the court that she saw Adegboyega in school on two occasions when the case was under investigation but denied being in contact with him.

During cross-examination by Mr O. C. Fapohunda, counsel to Aguedo, the complainant said that she never saw the video recordings of her alleged gang-rape by the defendants .

“I saw them when they were videoing me, I approached Yinka and I told him that there is a video going around school and he said they had deleted it.

“Everyone who confronted me told me that there was a video but I never saw the video. The police did not tell me that they recovered the video,” she said.

Justice Abiola Soladoye adjourned the case to Jan. 13, 2020, for continuation of cross-examination.