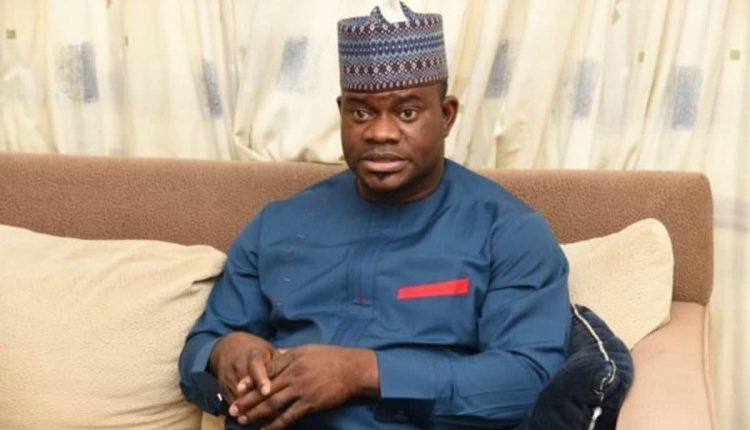 A suit challenging the eligibility of Yahaya Bello, Governor of Kogi State to contest the Nov. 16 governorship election in the state will be heard tomorrow, Friday, at the Federal High Court, Abuja.

The originating summons, which is instituted by Natasha Akpoti, the Social Democratic Party (SDP)’s governorship candidate in the forthcoming poll, will be mentioned at Court 5 before Justice Inyang Ekwo.

News Agency of Nigeria (NAN) reports that while SDP candidate is the plaintiff, the All Progressives Congress (APC) and the Independent National Electoral Commission (INEC) are1st and 2nd defendants respectively.

The suit, dated Oct. 10 and marked: FHC/ABJ/CS/1221/2019, filed by Chief Mike Ozekhome, SAN, on Akpoti’s behalf, sought the court’s determination on the eligibility of Governor Bello in the Saturday election, having allegedly been involved in double registration as a voter.

Akpoti said “that by his wilful act of making double registration as a voter, Yahaya Bello, candidate of the 1st defendant is not a fit and proper person to be allowed by the 2nd defendant to vote or be voted for in the forthcoming Kogi state governorship election, having committed an act of electoral fraud.

That Mr. Yahaya Bella. the candidate of the 1st Defendant. was initially registered as a voter sometime in 2011 in Abuja, by the 2nd defendant.

“That the said Yahaya Bello, the candidate of the 1st defendant carried out the double registration with the 2nd defendant so as to scuttle due electoral process.

That such a person is not a fit and proper person to be voted for in any election, let alone for the high office of the governor of a state.”

NAN reports that Justice Ekwo had, on Tuesday, delivered judgment, disqualifying the APC Deputy Governorship Candidate in Bayelsa, Sen. Biobarakuma Degi-Eremienyo, over false information given in his CF0001 Form submitted to INEC for the Saturday’s poll.