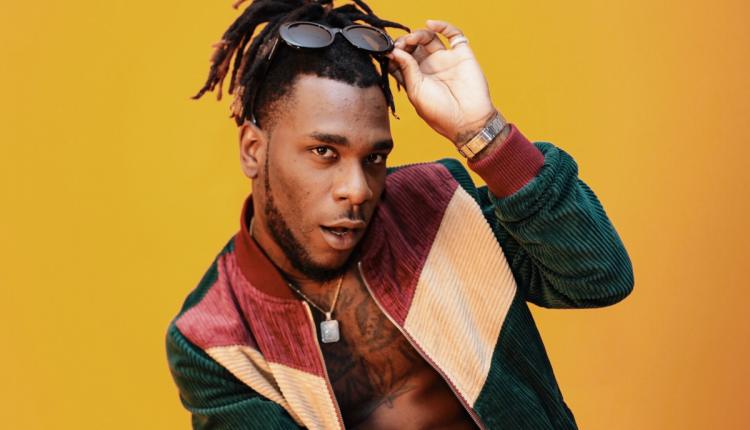 South African musicians and event organisers have rejected the inclusion of Burna Boy in the forthcoming anti-xenophobic concert.

DAIlY POST recalls that Burna Boy in the wake of xenophobic attacks in September said he would not visit South Africa unless the government resolves the issue.https://dailypost.ng/2019/09/04/xenophobia-will-never-visit-south-africa-burna-boy-warns-nigerians-attacks-aka-mi-abaga/

However, Burna Boy has been listed among artists that would be performing in South Africa as part of the Africans Unite line-up.

His inclusion has met backlash from South Africans who have called for his exclusion from the concert.

In an open letter making rounds on the internet written by musicians and organisers under the umbrella of Tshwane Entertainment Collective, the organization kicked against Burna Boy’s inclusion even as they accused him of inciting hate and violence during the attacks back in September.

The letter read in part: “The state has invited guests who publicly committed themselves to physically abusing our local artists when they come to South Africa.

“The Department of Sports, Arts and Culture wishes to dispel the untrue information currently being spread on social media, that it is funding the Africans Unite Concert featuring the artist known as Burna Boy.

“Whoever may have deemed that the country needs a PR exercise of this nature would have done so largely as a result of the callous, misleading and unwarranted incitement by this very artist.

“Hate Speech and Incitement by Burna Boy; You are finding an event headliner by an artist who goes by the stage name ‘Burna Boy’.

Not only did he spread falsehoods through his extensive platforms , he literally invited violence and hate. He further promised to inflict his own violence on locals before giving your government as ultimatum which you seem to have received and succumbed to

“The department wishes to reiterate that it has not allocated or granted any funding to the event in question and any reports to the contrary are entirely false.” 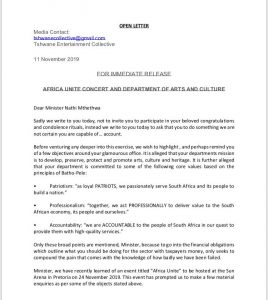 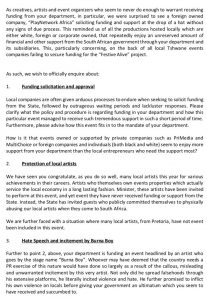 Buhari’s aide, Onochie speaks on how Sowore can be released