POLITICSAPC crisis: Gov. Obaseki reacts to his suspension, others 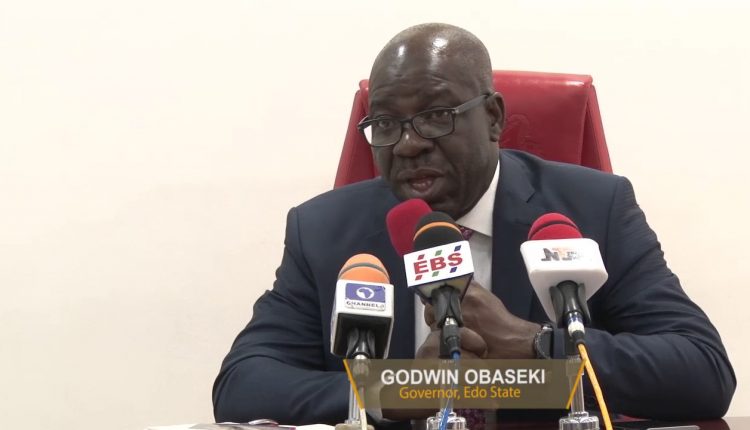 The Special Adviser to the Edo State Governor on Media and Communication Strategy, Mr. Crusoe Osagie, has said that ‘rogue’ Edo Peoples Movement (EPM) cannot suspend any member of the All Progressives Congress (APC) in Edo State, as they are not recognised by the constitution of the party.

The APC faction had announced the suspension of the Governor on Wednesday.

In a statement, Osagie said any decision taken by members of the EPM is ultra vires, null and void, and not binding on any bonafide member of the APC in Edo State.
Related Posts

According to him, “The rogue organisation, Edo Peoples Movement (EPM), claiming to have suspended the Governor, the Deputy Governor and the Secretary to the State Government in Edo State is outlawed by the All Progressives Congress (APC) in the state.

“This group was operating against the provisions of the constitution of the APC and was proscribed by the party. The group is therefore unknown to law. Hence, it cannot take any disciplinary action against any member of the APC.

“The kangaroo meeting of the rogue group was held at the residence of Gen. Charles Airhiavbere, who himself has been suspended by the party in the state. So whatever decision that might have been taken by the group is ultra vires, null and void,” he added.
0 1
Share

Buhari’s aide, Onochie speaks on how Sowore can be released