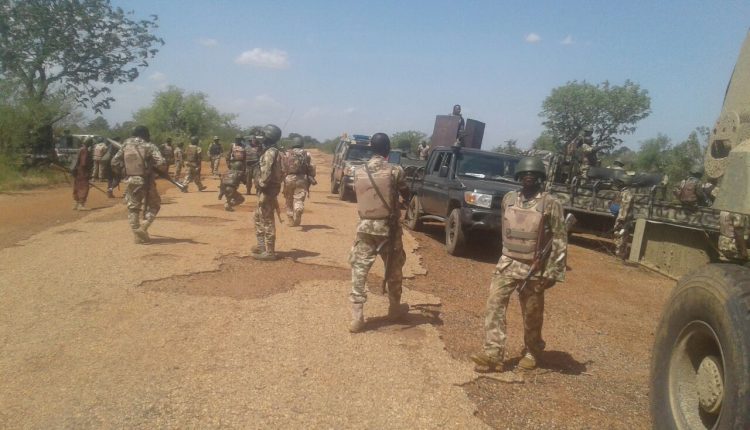 Residents around 3-Bedroom and Zanna Zakariya Housing Estates, which are few minutes away from the force headquarters, said heavy bombardments by the Nigeria Air Force fighter jet and gun shots could heard from the area, along Gashua road.

Residents of the volatile areas were said to have been kept indoors due to the attack.

JUST IN: Boko Haram, Army In Gun Battle At Dambao

The attempted infiltration into the state capital is the latest by the insurgents in about 5 years.

Details of the attacl are still sketchy at the moment, but sources said Air Force fighter jet was busy bombing the attackers’ locations as of the time of filing in this report.

Drama in Aso-rock: Momodu speaks on Osinbajo’s position as VP

JUST IN: Boko Haram, Army In Gun Battle At Dambao