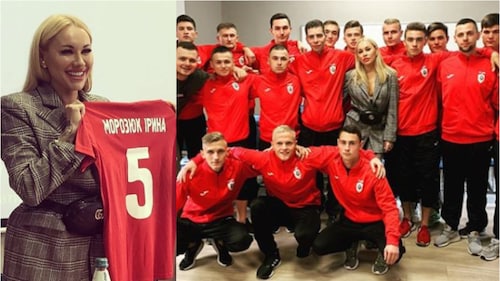 The stunning footy WAG made the announcement on his Instagram handle about the top job with Ukrainian side FC Lion. The 31-year-old posed for a picture with the team as she made her new position public on her social media handle

“My lion cubs, I am honoured to be the president of FC Lion,” she wrote. “We have big ambitions.” Morozyuk later shared a snap of herself holding up the club’s shirt, and took the opportunity to explain her decision to take up the new role. She wrote: “When such an offer came to me, I thought for a long time that I had become a supporter of amateur football in Lviv, since it was born in this city.