US Congress Member Condemns Continued Detention Of Sowore, Calls For Intervention Of UN 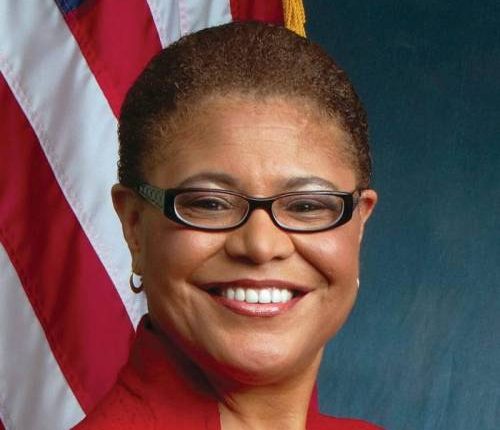 aren Bass, a Congress member in the United States of America has called for the intervention of the African Union and United Nations in the immediate release of Omoyele Sowore by the Nigerian Government with all charges against him dropped.

Bass, who represents 37th District of California, in a statement acknowledged that Sowore had the right to exercise freedom of expression and protest for change in a peaceful manner.

She also stressed that Sowore haf the right to peacefully assemble and voice opposition to the government.

Emphasising that the continued declaration and trial of Sowore for demanding for better welfare for Nigerians is illegal.

“Sowore was arrested on August 3 ahead of a planned demonstration against the government.

COVID-19: You have no evidence we created virus – China hits…

COVID-19: WHO Director, Tedros told to resign as US death…

“The right to peaceful protest is a fundamental human right guaranteed under both Nigerian and international law.

“I stand with the human rights and international community in declaring that the continued detention of Sowore is a flagrant violation of his human rights.

“I also stand with the international community in urging the AU and UN Special Rapporteurs to secure his immediate release from detention.”

Sowore was arrested for planning a peaceful protest calling for better governance and improvement in welfare of Nigerians.

He was subsequently charged for insulting President Muhammadu Buhari.

COVID-19: You have no evidence we created virus – China hits back at US govt

COVID-19: WHO Director, Tedros told to resign as US death toll surpasses China