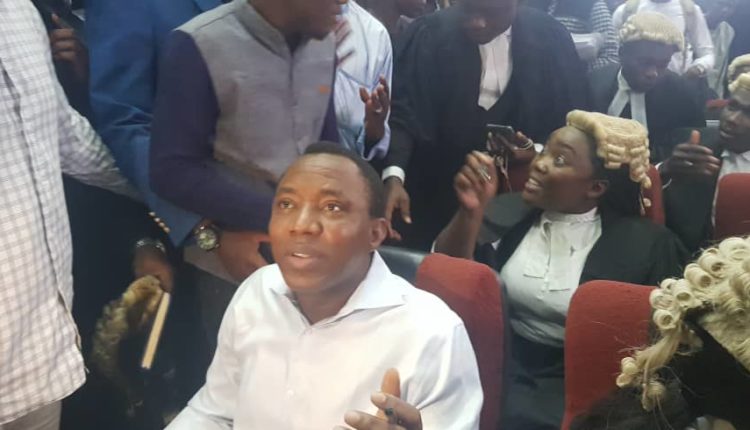 The publisher of Sahara Reporter and convener of #RevolutionNow protest, Mr. Omoyele Sowore, has arrived the Federal High Court in Abuja, as the Federal Government is set to arraign him on charges of treasonable felony.

Activist, Sowore, who was brought in by the operatives of the Department of State Services (DSS) at around 9:15 am for arraignment at the fourth floor of the court, was seen chanting “Revolution” to the warm embrace of his waiting followers, who completed Sowore’s slogan with a chorus of, “Now.”

Sowore is to be arraigned before Justice Ijeoma Ojukwu, in his courtroom located on the fourth floor of the High Court edifice.