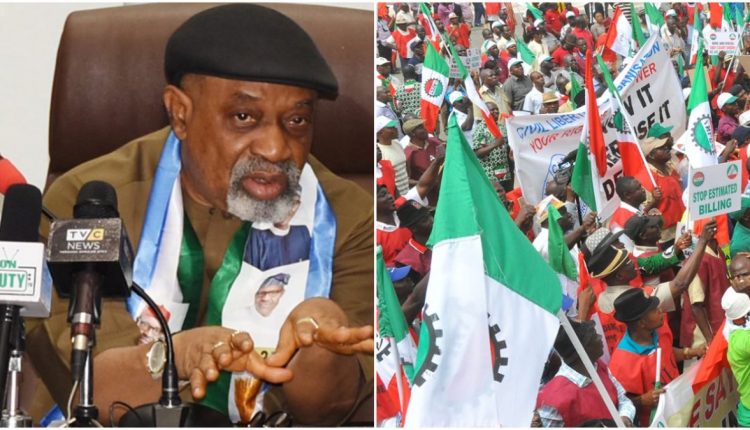 The rift between the Nigeria Labour Congress (NLC) and the Minister of Labour and Employment, Dr. Chris Ngige, may have ended.

An indication of this was a congratulatory letter on Monday to the minister on his reappointment.

The letter was signed by the President of the NLC, Mr. Ayuba Wabba.

Wabba said that Ngige’s reappointment was a testament of the confidence President Muhammadu Buhari reposed in him.

He called on Ngige to steer the affairs of the ministry towards the upliftment of Nigerians from poverty, indignity and indecent work conditions.

“On behalf of my family and the NLC, I wish to congratulate you on your recent appointment by Mr. President as a Minister of the Federal Republic of Nigeria.

“And your subsequent designation as the Minister of Labour and Employment,” he said.

Wabba said it was the NLC’s expectation that the minister would use the opportunity of his reappointment to promote and advance tripartism.

Wabba further wished Ngige a very successful tenure. NLC had warned Buhari not to return Ngige as the Minister.

They accused him of deliberate delay in inaugurating the board of the National Social Insurance Trust Fund for years, exclusion of Frank Kokori as the chairman of the board, among others.