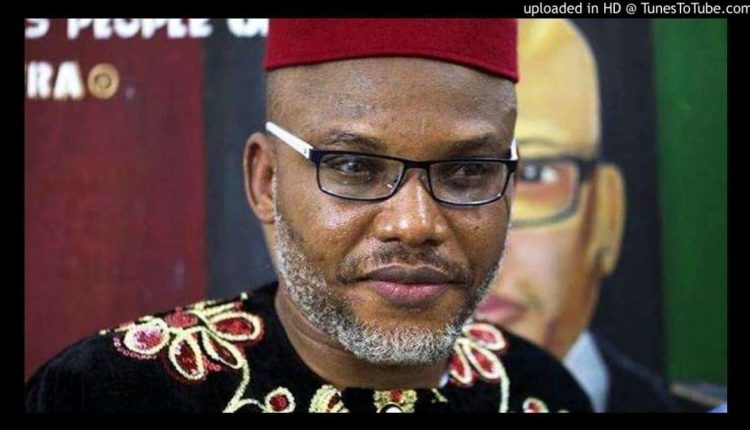 Leader of the Indigenous People of Biafra (IPOB), Nnamdi Kanu has reacted to a letter written by governors from the South-East region of the country to President Muhammadu Buhari.

DAILY POST reported that the governors on Tuesday sent a letter to the President over the closure of Akanu Ibiam International Airport and the incessant attacks on people of the region by suspected Fulani herdsmen.

The Governors in the letter signed by Chairman of the Forum and Governor of Ebonyi State, David Umahi, asked Buhari to approve their earlier resolution banning herdsmen without cattle and movement of cattle by foot in the zone.

In the letter, the governors demanded a postponement of the closure of the airport, saying that this will enable them to make adequate arrangements for airport users in the zone as well as carry out some remedial works on the Airport.

Nnamdi Kanu, while reacting, condemned the South-East governors over the letter to Buhari over cattle and herdsmen in the region.

The IPOB leader described the letter as a shame to the Igbo.

Kanu, on his official Twitter page, wrote: “It’s a shame that the Umahi-led SE Govs have turned to beg for the approval of Jubril (aka Buhari) on a simple matter of controlling “movement of CATTLE by foot” in South East.

“Cattle is livestock. The Zoo Constitution allows the State/LGAs (not the President) to regulate it. Sad!